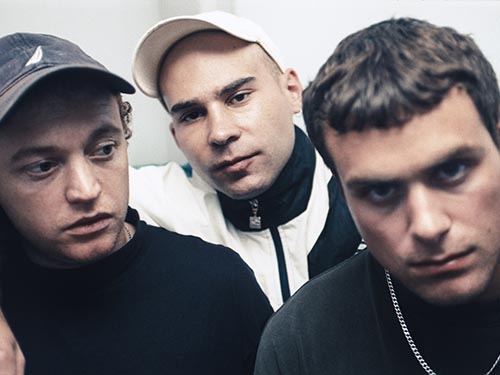 DMA’s (dee-em-ayes) is Johnny Took, Matt Mason and Tommy O’Dell – three friends who came together making nostalgic garage pop in a bedroom in Newtown. The band demoed songs in Johnny’s bedroom-studio, gaining instant attention - all before putting out an official track or playing a single show. The boys are back in town to present their debut album "Hills End" after their Osheaga and Divan Orange shows in 2015.

COHEED AND CAMBRIA - May 5